Record-breaking, global comedy superstar, Jeff Dunham, is bringing his cast of characters on the road and will come to Finland in the spring 2018.

Dunham just released his latest standup special, Jeff Dunham: Relative Disaster, on Netflix. The special features Dunham along with his ill-behaved and slightly demented posse of characters for a gleeful skewering of family and politics. Dunham and his famous cohorts
Walter, Achmed the Dead Terrorist, Bubba J, and Peanut also consider what a new member to their already dysfunctional family could mean, putting the ‘relative’ in Relative Disaster.

Dunham, a Guinness World Record holder for “Most Tickets Sold for a Stand-up Comedy Tour,” has built an entertainment empire over years of non-stop touring and innovation. With over a million YouTube subscribers amassing over a billion views, he has carved out his own unique space in the comedy world leading to record-breaking viewership with his comedy specials on Comedy Central and NBC. 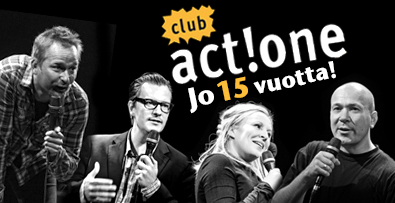